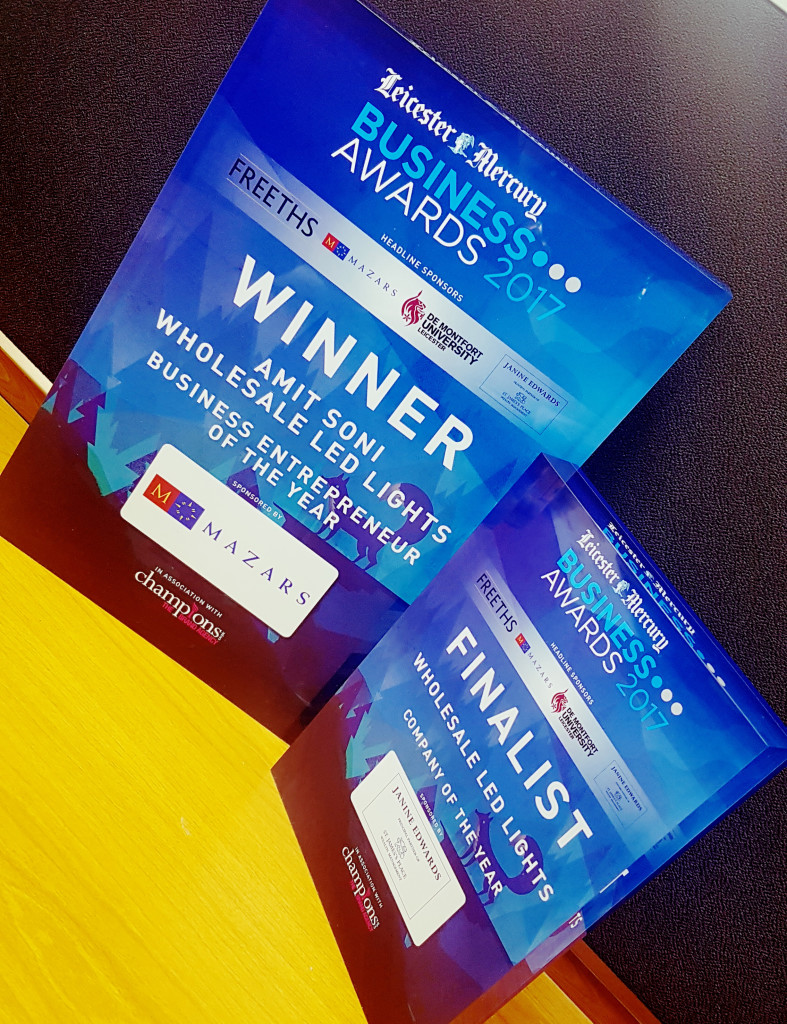 We’re overjoyed to announce that Wholesale LED Lights won the much-coveted Leicester Mercury Business Entrepreneur of the Year Award for 2017, and boss, Amit Soni is as pleased as punch!

We were also narrowly pipped to the post in the Company of the Year category. The gala ceremony took place on the 27th of April at the Leicester Sports Arena, home of the Leicester Riders Basketball Team.

ITV weather presenter Emma Jesson and comedian Mark Dolan were on hand to ensure that the dazzling black-tie dinner event went with a swing, as well as presiding over a blind auction, the entire proceeds of which were donated to a local children’s charity.

Then, following the sumptuous three course meal, the magic of TV’s Jamie Raven and lots of champagne, we were more than ready to get down to the serious business of the awards themselves. 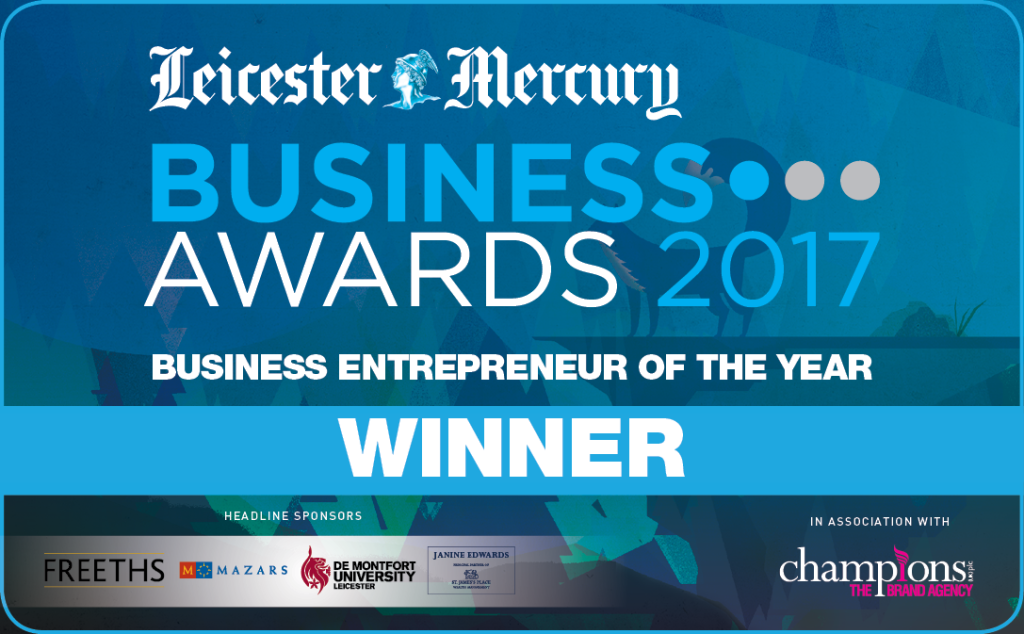 A hush that was almost tangible descended over the whole arena as, one-by-one, companies received their accolades. Time slowed to a snail’s pace while we waited anxiously for the categories in which we’d reached the finals until, finally, we learned of our success.

Unlike many of the other winners, Amit caused quite a stir by literally dancing up to accept his award for Entrepreneur of the Year – a true champion!

Obviously, we were disappointed not to achieve the double by securing the Company of the Year award, but we have a massive year ahead of us and we’re already planning to storm the event again in 2018!