Another Great Result At The Energy Efficiency Awards! 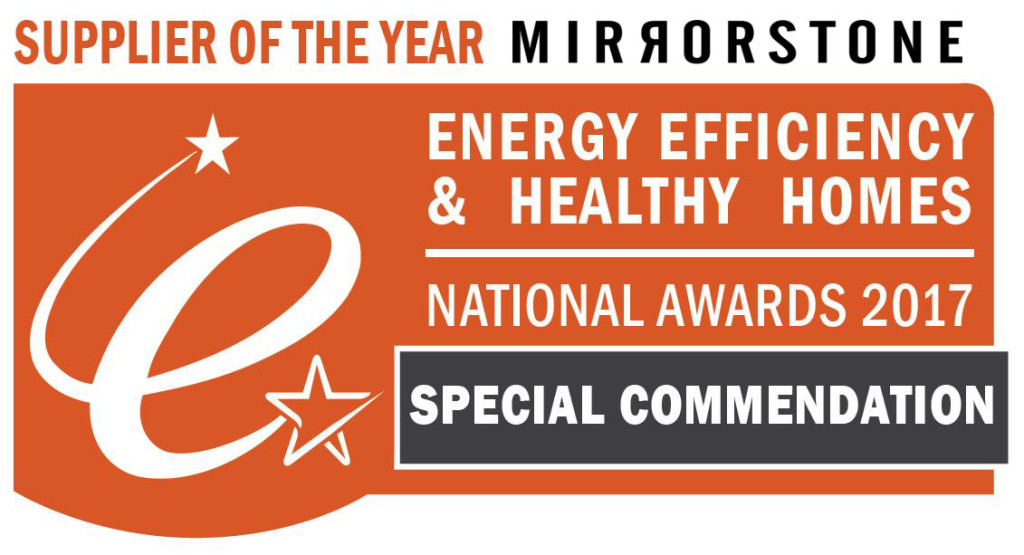 We’ve scooped up another accolade for our trophy cabinet, this time in the National Energy Efficiency and Healthy Homes Awards for 2017!

Here at Mirrorstone, we’ve always been totally committed to providing our customers with the very highest quality energy-efficient products, and now we’ve been recognised as one of the top suppliers in the whole of the UK!

Mirrorstone is the multi award-winning company behind Wholesale LED Lights and, as such, we were awarded a Special Commendation in the much coveted Supplier of the Year category at a gala award dinner.

The star-spangled ceremony was held at the Hilton Birmingham Metropole NEC Birmingham on Friday the 29th of September 2017.

Energy efficiency in all its forms was celebrated and a glittering array of talent was in attendance, including Sir Lenny Henry who compèred the prestigious event while comedians Sean Collins and Felicity Ward kept the laughter coming in waves.

After the awards were presented, the attendees partied into the early hours with DJ A-Roxx and the RPJ Band.

This award comes hot on the heels of those held earlier this year by the Leicester Mercury, in which Mirrorstone/Wholesale LED Lights achieved the top spot in one category and were runners-up in another.

It’s fantastic to receive high praise like this, but we won’t let it go to our head, because we just want to get on with the business at hand – delivering the best, most energy-efficient products to our customers!