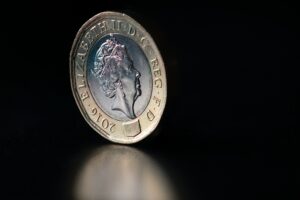 Has the energy price cap increase hit your bank account? Here’s one of the simplest ways to lower your energy costs!

Lighting accounts for about 15% of the average home’s electricity use, so it’s a great first port of call for people looking to shave down their energy usage. The most obvious advice is to make sure you turn off lights you’re not using, but upgrading to LEDs is a quick and easy way to supplement this, meaning you burn less energy even when you’re using your lights.

LEDs have rapidly become the market leader in terms of energy efficiency, beating CFLs handily, with many of them having the potential to reduce your lighting costs by as much as 90%. Here’s a few ways that LEDs are the most cost-effective upgrade you’ll make this year.

What About The Upfront Costs?

At a glance, LEDs may seem to be a little more expensive than older bulbs. However, if you can afford the slight increase in upfront costs, then you’ll save an absolute fortune in the long term.

For example, LED bulbs have very long lifespans, lasting anywhere between 15,000-50,000 hours. Your average LED will settle somewhere around 20,000 hours, but always check the rated life with the manufacturer.

For this reason, it is well worth paying the slightly higher upfront cost of an LED even before we get into just how much energy you could save.

Ok, Tell Me About The Energy Savings!

Let’s keep things simple: A 6-watt LED will produce a similar number of lumens as a 60-watt filament bulb. That’s a marked improvement that drives real energy savings, which could save you as much as £75 over the lifetime of that individual bulb.

By swapping out your home to use entirely LEDs, the average UK home could save as much as £232 a year on their energy bills. In times like these, where every penny counts, that’s a huge saving of money that can help cushion the blow of other energy costs that are more difficult to reduce, such as heating and hot water.

All this without any DIY expertise required, you just need to grab some LED bulbs that match your light fittings, and you’ll be ready to save!